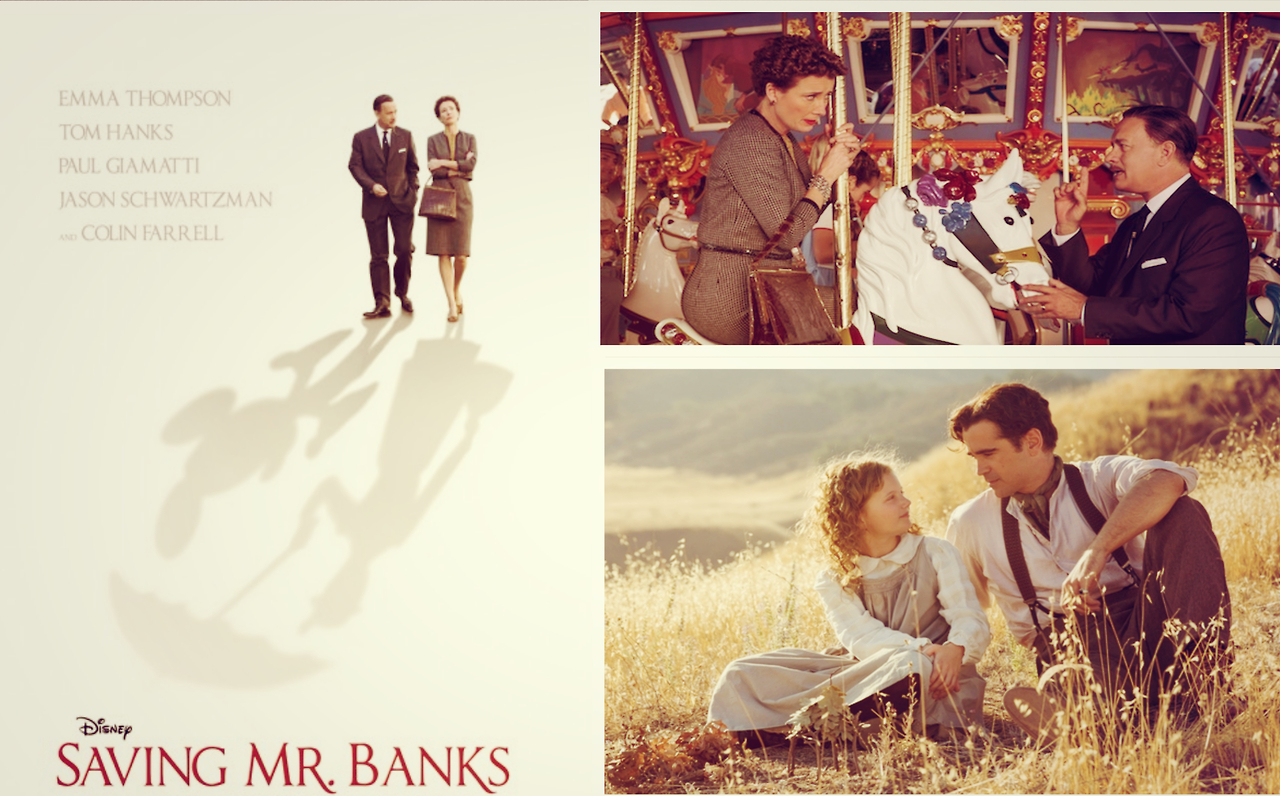 You’re going to want to hug your dad after this tearjerker. Saving Mr. Banks follows Mary Poppins author, P.L. Traverse, during her long fought battle with Walt Disney over the movie rights to the children’s classic. Traverse, played by a fabulous Emma Thompson, manages to be both raving bitch and sensitive, broken-hearted woman who just needs a friend (I’ll be your friend). Walt Disney, played by a middle-aged Tom Hanks, is everything I’d imagine the magical businessman would be.

The movie is shot in flashbacks, showing Traverse as a young girl having a jolly time in Australia with her father played by Collin Farrell (who is beautiful by the way and can effortlessly jump onto a horse). Farrell eventually succumbs to alcoholism (cue tears), and we’re brought back to 1961 where Traverse desperately clings to the memory of her father through Mary Poppins. Traverse keeps threatening Disney that she will take away the movie rights because he just doesn’t get it. Mary Poppins didn’t come to save the children…she came to save…her dad (at this point I’m fairly certain the whole theater was in tears). Well, we all know what happens next. Mary Poppins hits the big screen and Julie Andrews becomes America’s sweetheart.

Saving Mr. Banks hit all the right notes and perfectly captured the essence of Mary Poppins. Although it wasn’t nominated for any awards this season, I would most definitely suggest a trip to the theater for any Mary Poppins fans.