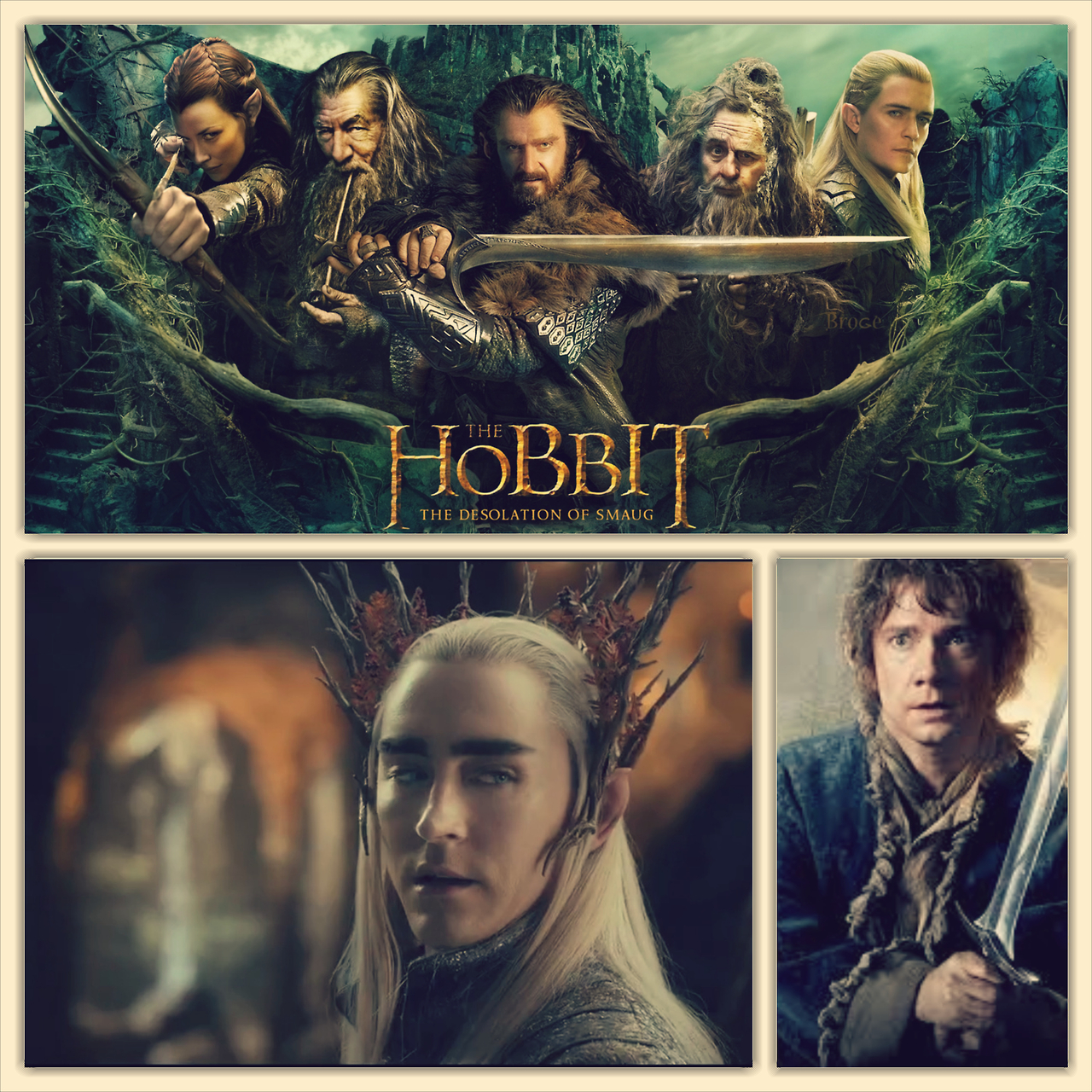 The Hobbit: The Desolation of Smaug

Happy New Year my movie lovers! Apologies for my long absence. My past semester in college was fairly hectic, but I’m back now and ready for a bloggin’ 2014.

To kick off the New Year, I thought I’d start with Peter Jackson’s second epic installment of The Hobbit, and I must say, it was highly entertaining. If you want an action-packed movie filled with tons of bearded men, I would suggest heading to theaters to see The Desolation of Smaug.

As any Lord of the Rings or J.R.R. Tolkien lover would know, The Hobbit follows the journey of a gaggle of dwarves who seek to over-throw a malevolent dragon that took over their mountain home. With the help of the almighty Gandalf and the pure-hearted hobbit Bilbo Baggins, the dwarves make their way past gobblins, orcs and a sexily voiced dragon to finally make it back to their home. Although the movie ends before the dwarves can finally defeat Smaug and take back the Lonely Mountain, there’s loads of visually engrossing action scenes that’ll keep you entertained.

Overall, Peter Jackson did another fantastic job bringing Middle Earth to life. Martin Freeman, who plays Bilbo Baggins, is absolutely fantastic as the hobbit burglar. By far the best scene is when Bilbo finally faces Smaug, played by his Sherlock co-star Benedict Cumberbatch (if you haven’t seen Sherlock yet, you’re seriously missin’ out). Smaug surpassed my expectations, but I felt the Bilbo/Smaug scene lasted a bit too long.

Other standouts included Legalos (not in the book) played by Orlando Bloom who was just as elftastic as he was in the Lord of the Rings. Evangeline Lily as the kick-ass-elf-in-love-with-a-dwarf was also a superb addition to the plot. But the real winner of The Hobbit was most definitely Lee Pace’s eyebrows (pictured above). Pace plays Thranduil, the cold-hearted elf king and Legalos’ father. If anything, go see The Hobbit just to see his incredible brows.

If you want to see what the actors look like without all that facial hair, checkout a few of their interviews below.