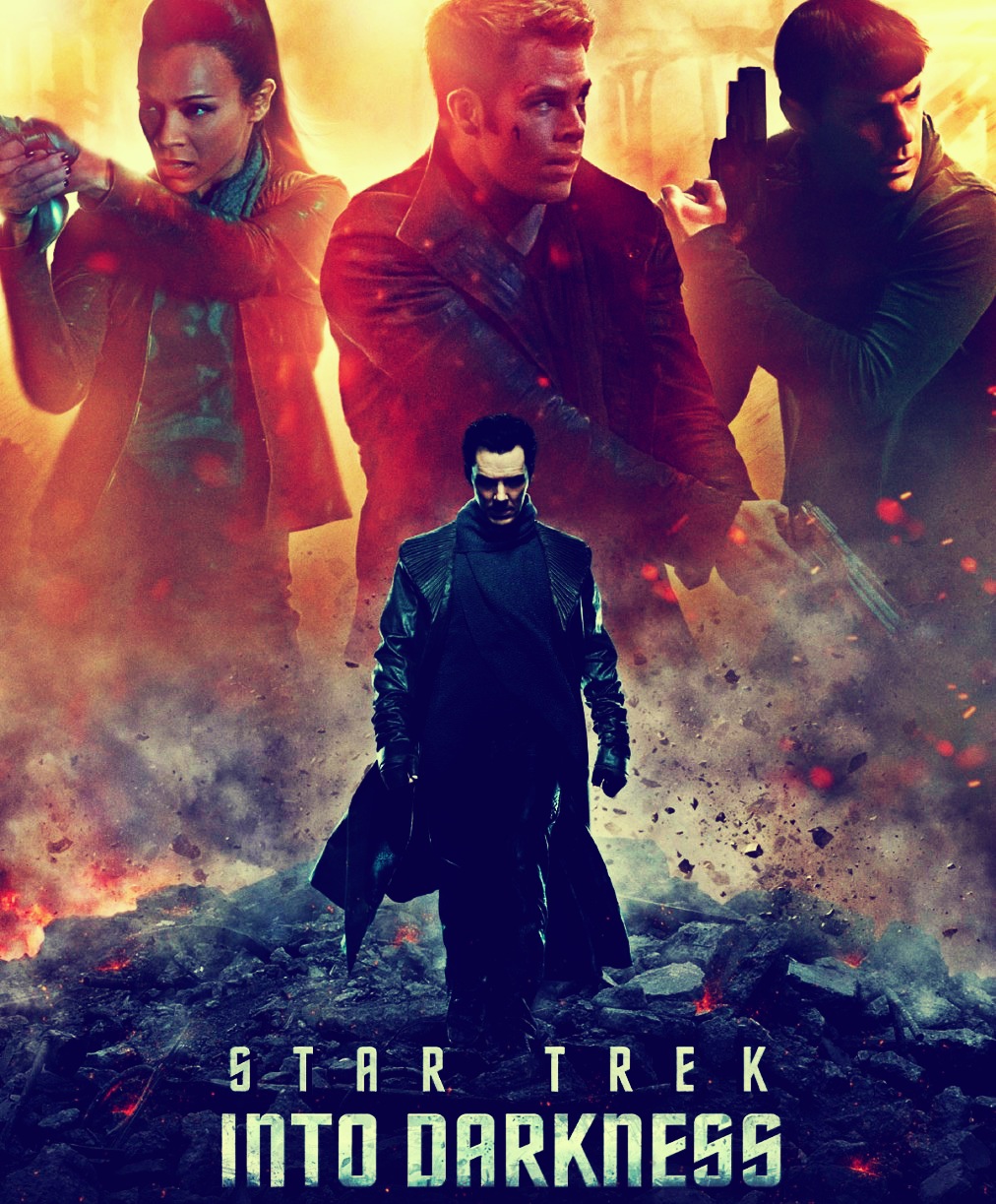 I give Star Trek Into Darkness five stars, but that’s an understatement because stars are so stardate 2008. This movie surpassed all of my expectations and was even better than its 2009 predecessor. Each character was casted perfectly, and I absolutely loved Benedit Cumberbatch as the maliciously delicious Khan. Having never really watched Star Trek in its prime, I didn’t know whether Khan was the U.S.S. Enterprise’s foe or friend…or frenemy. His playing the double agent had me guessing constantly, but I now know that he is most definitely THE arch nemesis. As for the protagonist, Chris Pine is perfect as the young Captain Kirk and his bromance with Spock (Zachary Quinto) seriously brought tears to my eyes (who didn’t love it when Spock sought vengeance for Kirk?). Bones, Scotty, Sulu and Chekov were also fantastic and (my diehard Star Trek fanatic parents tell me that they were just like the characters in the TV series).

J.J. Abrams most definitely deserves a round of applause for expertly crafting the perfect balance of serious scenes and lighthearted humor. His special effects were enthralling and I loved every minute of the U.S.S. Enterprise’s journey through space. Plus, there were absolutely no black holes in the storyline (I loathe movies with swiss cheese plots). I would highly suggest going to see this one. Trekkie fans and moviegoers alike will love it. Oh, and don’t forgot to check out Cumberbatch’s Shower of Evil (that was unfortunately edited out of the movie) and J.J. Abrams on Conan defending a few of his directing choices: