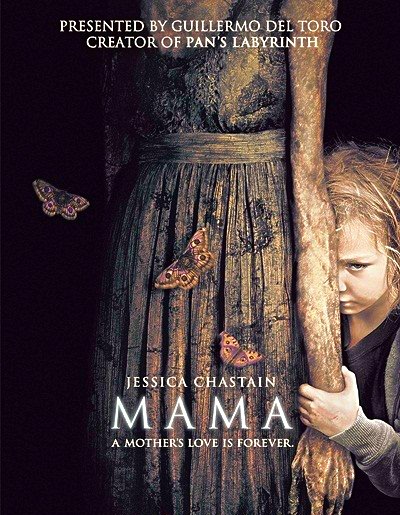 In honor of the horror fantasy flick, Mama, I thought I’d include a list of rules to follow in order to not be a victim of some psycho killer in dark lighting. Mama Mia!

10. Don’t relentlessly search for your missing brother who supposedly killed his wife and kidnapped his children.

9. Don’t adopt said feral children who have been living in the wild for the last five years and continuously call a shadow Mama.

8. Don’t agree to take care of your boyfriend’s feral nieces…even if he’s in a coma.

7. Speaking of a coma…stay away from stairs and cliffs.

6. If you’re the psychiatrist analyzing the neices’ mental health, don’t go into a dimly lit cabin by yourself.

5. Keep your distance from dark closets, hallways and shadowy corners.

4. Always have a spare flashlight….and use the buddy system.

3. Whatever you do, don’t look under the bed.

1. The number one way to avoid being screwed is…TURN ON THE DAMN LIGHTS.

If you follow these simple ten rules, then possibly you can defeat (survive) the demonic spirit that is haunting your house. As for watching Mama, it was good but not great. Jessica Chastain as the edgy girlfriend of the uncle who adopts the missing girls, is fantastic. I would re-watch the movie solely for her performance. As for the other parts of the movie, the special effects were chilling and definitely had a Guillermo del Toro-esque edge (he produced Mama). But other than that, the story line was hard to believe and I just wasn’t scared. When I watch a horror movie, I want to be terrified, but sadly I wasn’t. Come on Guillermo, I expected to not sleep for a week, but I slept just fine.